2 killed, another critical in road mishap in Odisha 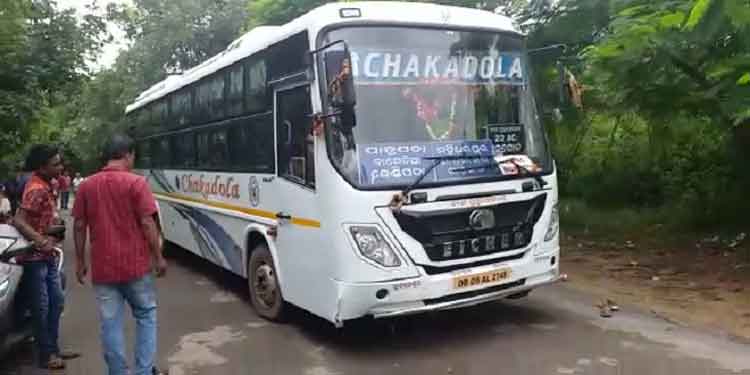 Banki/Puri: Two persons were killed while another suffered critical injuries in two separate road mishaps in Banki of Cuttack district and Nimapara of Puri today.

Reports said a person was killed while another suffered grievous injuries after a private bus crashed into a bike they were travelling on near Anshupa lake under Banki police limits in Cuttack district today. The deceased has been identified as Bismaya Kumar Nanda, a resident of Ashok Nagar area in Athagarh.

The bus en-route to Angul from Bhubaneswar hit the bike coming from opposite direction at a turning near Anshupa lake this morning. Following the clash, Bismaya and Rupesh fell off the bike and the rear wheels of the bus ran over the former killing him on the spot.

On receiving information, Saranda police reached the spot and sent the body for post-mortem. The cops also sent injured Rupesh to Banki Sub-divisional hospital for treatment. He was later shifted to SCB Medical College and Hospital in Cuttack.

Further investigation into the incident is underway, police added.

In a separate incident, a man died after being run over by a speeding truck on Khelar-Balanga road near Kanrapur village under Nimapara police station in Puri district.  The deceased has been identified as Chandra Biswal.

Sources said Kailash was riding pillion on the bike while his son was driving towards Balanga. Later, Kailash’s son tried to overtake a speeding stone-laden truck, when Kailsah’s shirt got stuck with its container. The speeding truck later pulled Kailash down from the bike with its force and later crushed him to death. He died on the spot.

On receiving information, police reached the spot and sent the body to a hospital in Pipili. Angry family members and locals staged a road blockade at Balanga Bazaar alleging that the cops took the body in the absence of his family members.

Later police personnel were later deployed in the area to avoid any untoward incident during the protest and pacify the angry locals.