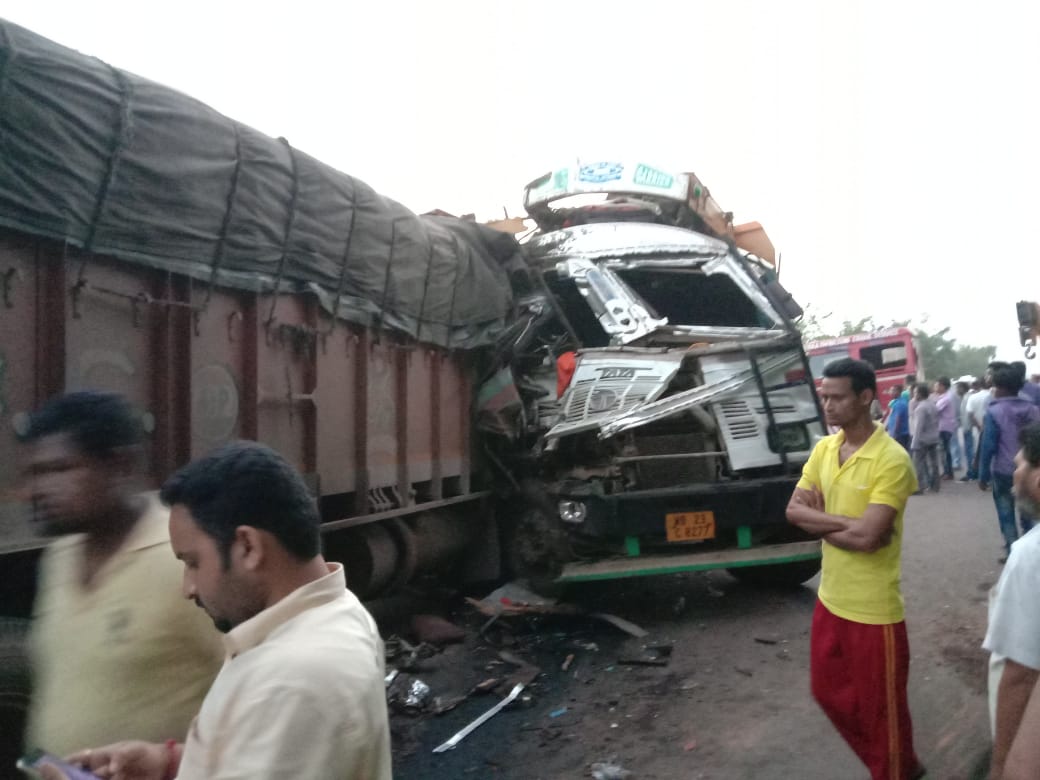 Baripada: A driver was crushed to death while another suffered critical injuries after two trucks crashed into each other at Dwarasuni Ghati under Bangiriposi police limits in Mayurbhanj district late last night.

Sources said an onion-laden truck en-route to Kolkata from Nasik had a head-on collision with another truck loaded with iron rods at Dwarasuni Ghati. While one driver died on the spot, another critically-injured truck driver was rushed to a nearby hospital.

On receiving information, police and firefighting teams reached the spot for an rescue operation. Following the incident, vehicular movements on NH-49 passing through Bisoi and Bangiriposi was disrupted for over three hours. Hundreds of vehicles were stranded on both sides of the NH.