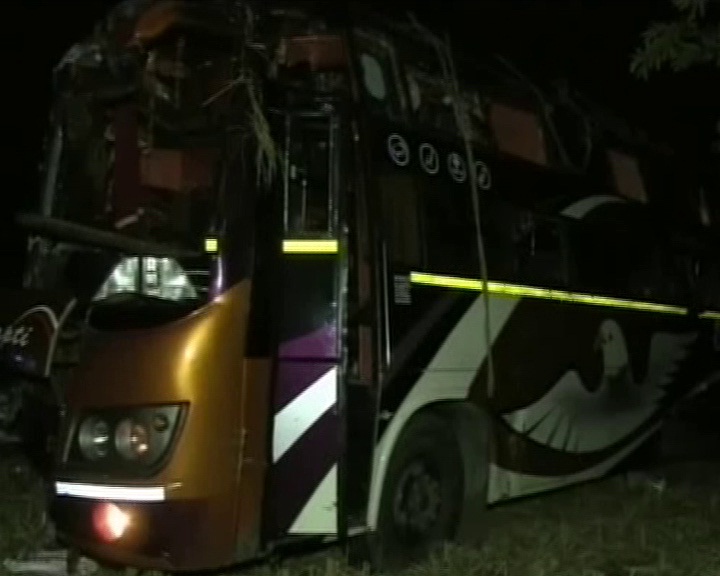 Sambalpur: One died and 30 others were injured after a bus overturned near Naxapali in Sambalpur district last night.

The injured people were admitted to district headquarters hospital.

According to reports, the Jagadguru bus travelling from Bargarh to Bhubaneswar overturned after hitting another bus near Naxapali area on NH 55 in Sambalpur district. While one died on the spot, 30 others were injured.

Out of injured persons, 12 have been shifted to Burla hospital under critical condition.

The deceased has been identified as Prahallad Roul of Cuttack district. He was residing at Stationpada in Bargarh.

Over 30 fall ill after consuming curd in Odisha’s…