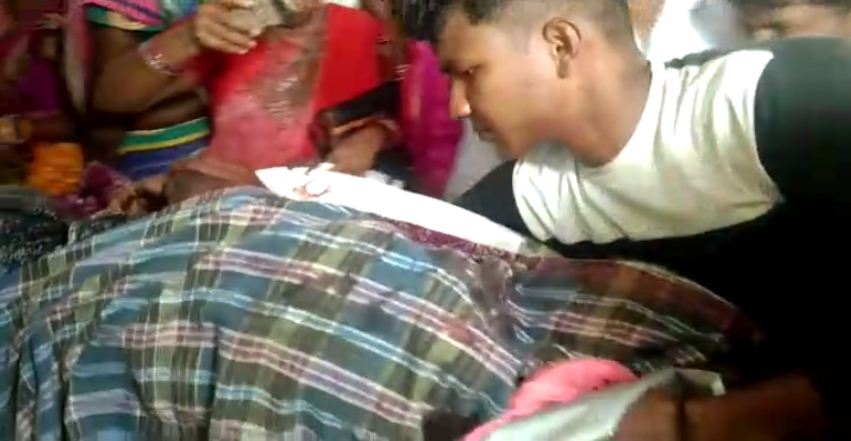 Angul: Panic gripped human habitat in Satkosia Tiger Reserve after a person was attacked reportedly by a hyena here in the district today.

The victim has been identified as Chitta Ranjan Dalabehera, a resident of Antulia village located at the wildlife sanctuary.

According to reports, the 55-year-old man along with his co-worker had been to the forest to collect mushrooms at around 9.30 am. Suddenly, a wild animal suspected to be a hyena attacked him. He sustained critical injuries on his head, eyes, chest and left arm.

However, his co-worker was unhurt as he climbed up a tree to save himself from the animal.

After hearing screams from the forest, the villagers rushed to the location and rescued Chitta. The victim was admitted to the District Headquarters Hospital (DHH), Angul, in critical condition.

The paw marks of a wild animal were also found at the incident site.

Following the incident, the DFO confirmed that the animal that had attacked the villager was a hyena.

However, the locals claimed that he was attacked by a leopard at the tiger reserve.

Two persons had gone to the forest, just 3 km away from the village. It was the leopard that attacked Chitta. However, we managed to rescued him from the tiger, said a local.

As his health condition is stated to be critical, the local MLA said that arrangement is being made to shift the victim from Angul DHH to the SCB Medical College and Hospital in Cuttack.

“The victim is undergoing treatment at Angul hospital. We are making arrangements to shift him to the SCB for better treatment. I will seek assistance for the victim from the district administration for his treatment,” said Athamalik MLA Ramesh Chandra Sai.