One killed, 11 critically injured in road mishap in Odisha 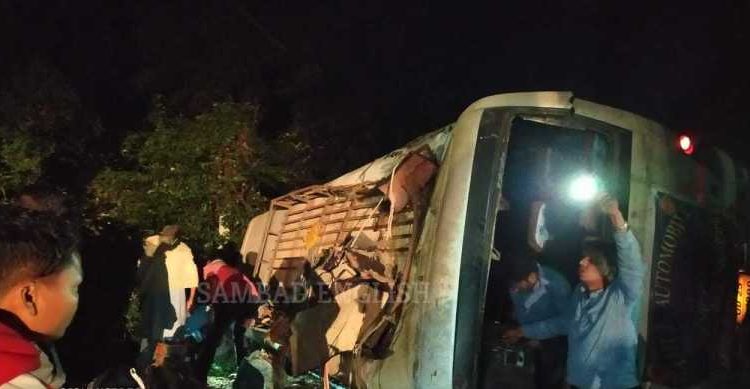 Patapur: At least one person was killed and 11 critically injured when a picnic bus overturned into a roadside gorge after hitting a motorcycle at Taptapani ghati under Patapur police station limits in Ganjam district this evening.

As per reports, the picnic bus carrying around 30 persons was returning from Chandragiri of Gajapati district to Nayagarh town. At around 8 pm, when the bus was going down the Taptapani ghati it collided with a motorcycle coming from opposite direction. Subsequently the bus skidded off the road and fell into a gorge.

The motorcyclist, identified as Anja Gamang from Ghasiamba village died on the spot.  As many as 11 bus passengers were critically hurt following the accident.

While police reached the spot and launched an investigation into the incident, the bus driver has been absconding.

More trains cancelled for protests over CAB; here’re the details