One killed, 35 injured as bus overturns in Odisha’s Sambalpur 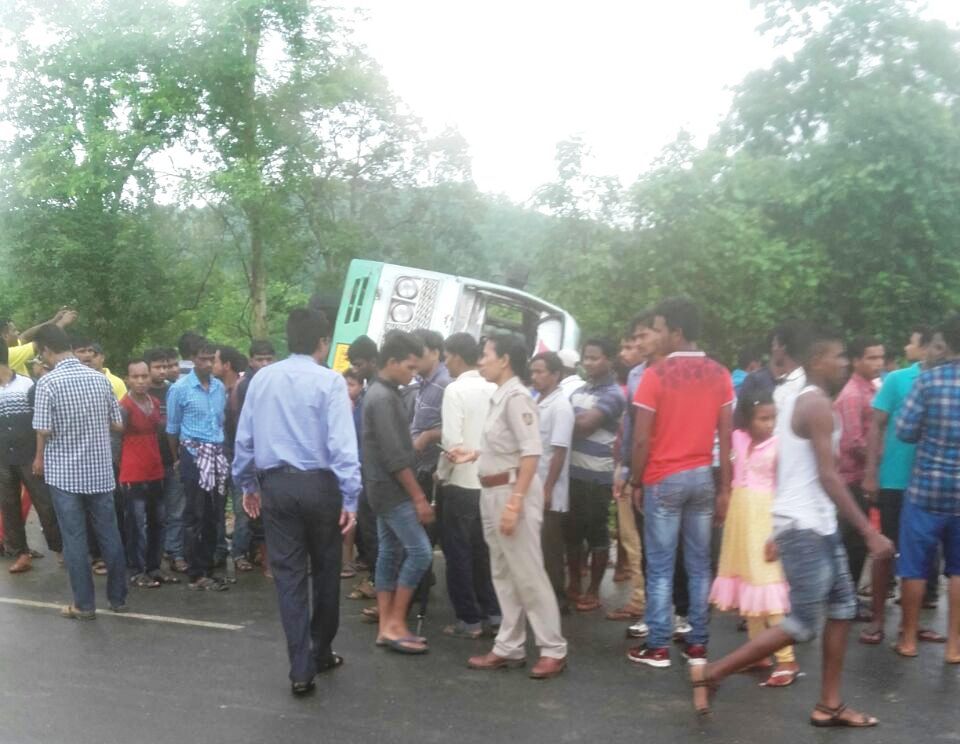 Sambalpur: A private bus overturned this afternoon in Rairakhol area of Odisha’s Sambalpur district claiming life of a person and injuring 35 others.

The deceased has been identified as Bhima Bhoi, hailing from Masinapalli village under Birmaharajpur police limits in Subarnapur district.

According to reports, the driver of the ill-fated bus, which was on the way to Rairakhol from Birmaharajpur, lost control over the wheels following which it turned turtle killing Bhoi on the spot.

On being informed, police reached the spot, rescued the victims and admitted them to Rairakhol hospital.