One killed, 40 injured as bus turns turtle near Charmal in Odisha 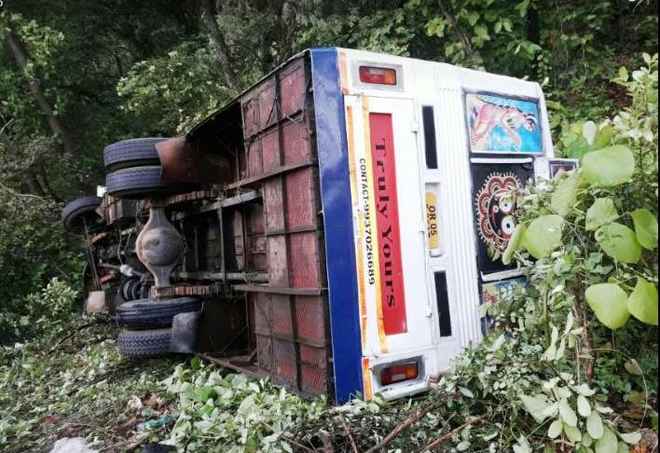 Sambalpur: One person was killed and 40 others were injured when a bus carrying a baraat party turned turtle near Khalkhalia bridge on national highway no.55 under Charmal police limits in Odisha’s Sambalpur district today.

The injured have been rushed to the Government Hospital at Redhakhol and those in serious condition have been shifted to the district headquarters hospital here, reports said.

Woman killed, three others injured in lightning strike in Odisha

The deceased has been identified as Babar Bhukta (35) of Kelakata village in Boudh district, reports added.

A bus carrying a baraat party had left Boudh late on yesterday night and was on its way to Bhikampur village under Sasan police limits in Sambalpur district when it met with the accident near Khalkhalia bridge today in the morning, reports further said.

One dies, 30 injured as bus overturns in Odisha’s…

Body of newborn girl recovered from drain in Odisha’s…