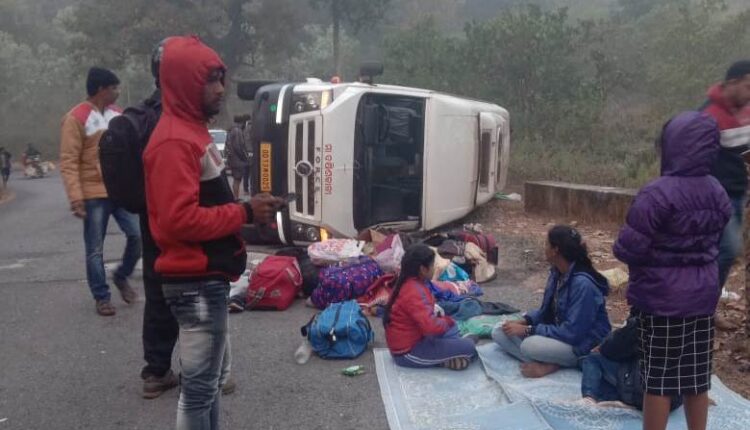 Paralakhemundi: At least one person died and eight others sustained critical injuries as a tourist bus in which they were returning to Bhubaneswar overturned at Dumbula Chhak under Adaba police limits in Odisha’s Gajapati district, today.

The deceased has been identified as Sunil Sahu of Bhubaneswar.

According to reports, the ill-fated vehicle carrying 20 tourists was heading towards the capital city from Gupteswar shrine in Koraput district. The driver of the bus lost control over the wheels, following which it turned turtle on the road.

On being informed about the mishap, Fire Service personnel from Mohana rushed to the spot and rescued the victims.

The injured ones were admitted to the Mohana Community Health Centre for treatment.