One killed, another critically injured in road mishap in Odisha Capital 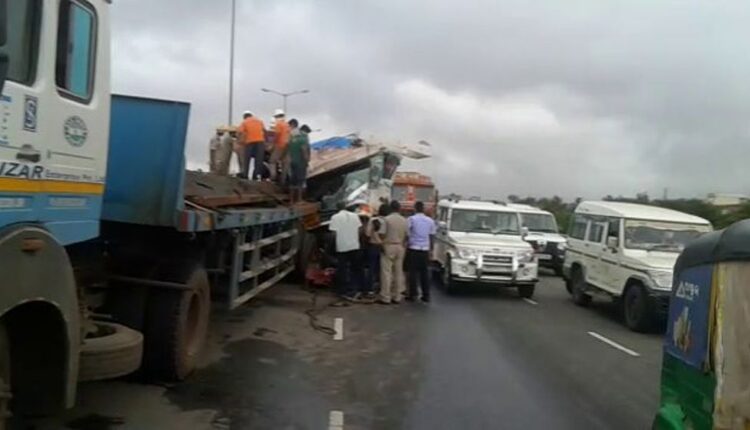 Bhubaneswar: One person was killed and another critically injured when a truck hit another iron beam-laden trailer truck from behind on the flyover near Fire Station square on NH-16 in Bhubaneswar today afternoon.

As per reports, the trailer truck was in a stationary position on the national highway after developing some technical glitches. During today afternoon another speeding truck hit the trailer truck from behind.

Driver of the truck that hit the trailer from rear sustained grievous injuries and was stuck in the mangled remains of the vehicle. Another person sitting in the driver’s cabin of truck died on the spot.

After an operation for nearly two hours, ODRAF personnel with the help of police rescued the driver of the mangled remains of the truck. The critically injured driver was then admitted to Capital Hospital.