One killed, over 20 injured in bus-truck collision in Odisha 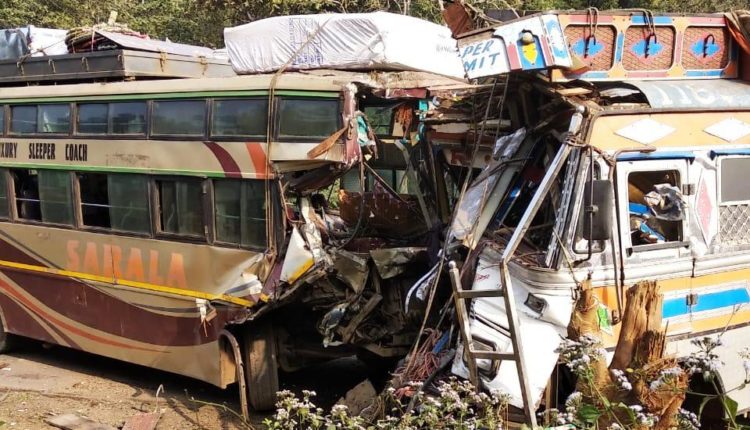 Deogarh: A person was killed and more than 20 passengers suffered injuries after a bus had a head-on collision with a truck at Khulundipani on NH-23 in Deogarh district today.

The deceased, whose identity is yet to be ascertained,  was the the driver of the truck.

Sources said the bus was en-route to Angul from Rourkela,when a truck coming from Barkote  collided with it head-on at Khulundipani under Barkote police limits. While the truck driver was crushed to death in the collision, all the passengers suffered injuries.