One killed over past enmity, extortion in Odisha’s Puri 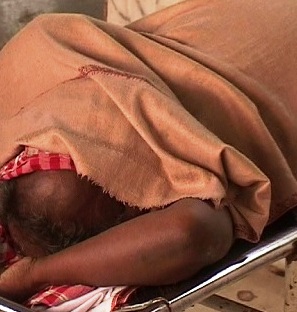 A person died after he was allegedly attacked by two shopkeepers over past enmity and extortion at Batagaon Chhak under Sadar police limits in Odisha’s Puri last night.

The deceased was identified as Ganga Gaj.

According to reports, Gaj was grievously injured in the attack and admitted to the district headquarters hospital. It was decided to shift him to SCB Medical College and Hospital as his condition deteriorated. However, he succumbed to his injuries on the way to the hospital.

“Kalia Bhol and Sudha Bhol attacked my father over over past enmity and extortion,”said Prakash Gaj, the deceased’s son.

“Most mortem has been conducted after seizure of the body. Investigation into the incident is on. Strict action will be taken against anyone found guilty,” said Gourang Prusty, Officer-in-charge of Puri Sadar police station.

Everything you need to know about Bhubaneswar Style Week