One killed, three injured as tourist bus overturns in Odisha 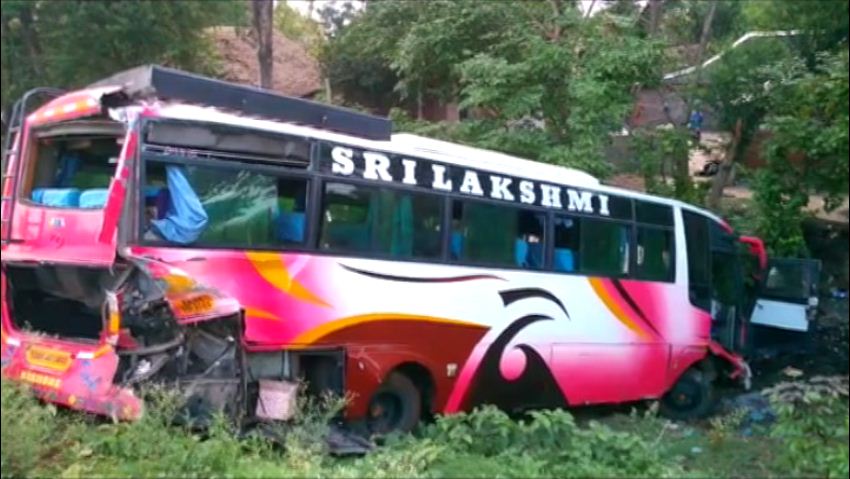 In a tragic incident, one tourist was killed and three others were critically injured after a truck hit the tourist bus and that overturned on National Highway 5 under Simulia police limits in Balasore district late on yesterday night.

The injured tourists have been admitted in a hospital.

According to reports, the incident occurred when all the passengers were sleeping at night in the ill-fated bus, which was parked near the road at Maitapur square after it had some mechanical glitches. The bus skidded off the road and overturned after a speeding truck hit it from behind. Around 27 tourists from neighbouring Andhra Pradesh were travelling in the bus.