One killed, three injured in group clash over abusive remarks in Odisha 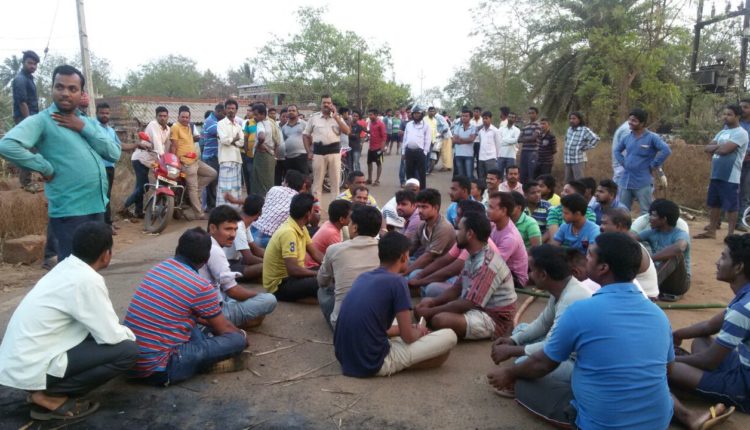 Nirakarpur: One person was killed and three others including two women were injured in a group clash at Khajuria village under Nirakarpur police limits in Odisha’s Khordha district today.

The deceased youth has been identified as Santosh Patra of Khajuria village. His mother, sister and another fellow villager are the three others injured in the clash.

The injured have been shifted to the district headquarters hospital at Khordha.

According to reports, some youths of Khajuria village including Santosh were sitting at the entry point of their village before going to take bath after playing Holi when some drunken bike-borne youths of nearby Bengra village passed abusive remarks.

Passing of abusive remarks resulted in heated exchange of words leading to a clash between the two groups.

After seeing, Santosh being mercilessly thrashed by youths from Bengra village, his mother and sister rushed to the spot to rescue him but they were even not spared by the assailants.

While Santosh died on the spot succumbing to his injuries, others injured in the incident have been shifted to the hospital.

Tension prevails in the village following the clash, as villagers staged a road block demanding compensation to the kin of the deceased.

Cop among 11 injured during group clash in Odisha’s…