One killed, two critical while preparing bomb in Odisha 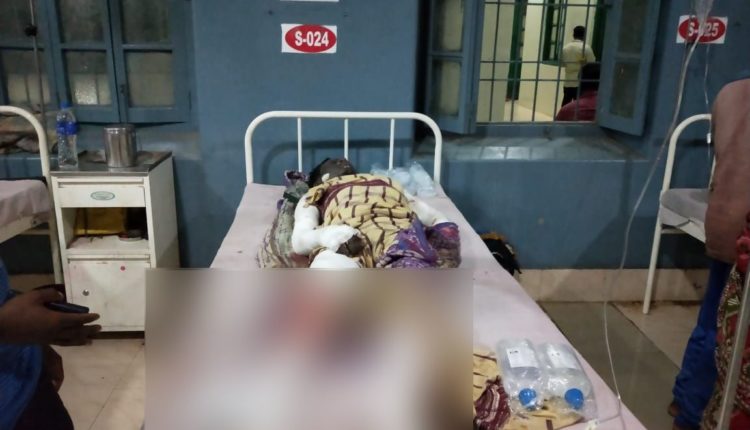 Baripada: Preparing bombs to poach a wild boar proved costlier as one person was killed and two others sustained critical injuries in an explosion at Jatiasola village under Jharpokharia police limits in Mayurbhanj district.

The deceased has been identified as Das Tudu and the injured persons were Bhaka Soren and Jagar Murmu.

The explosion took place while the trio was making bombs to kill a wild boar.

According to reports, Tudu along with his associates was making bombs at backyard of Soren’s house with a purpose of poaching a wild boar.

During the process, suddenly a bomb exploded leaving the trio critically injured, said Soren, one of the victims.

After hearing explosion sound, the villagers and the relatives of the victims reached the spot. They found only two at the site and rushed them to the Pandit Raghunath Murmu Medical College and Hospital. However, Tudu succumbed on their way to hospital.

Admitting only Murmu to the hospital for treatment, the family of the deceased returned to home with the body to hide the bomb explosion incident.

On receiving information about the incident from a reliable source, Jharapokharia IIC Sarat Kumar Mahalik reached the village and recovered the body. He sent it for post-mortem in Baripada.

A team of police personnel visited the site and seized explosive materials for making bombs.

During the probe, another injured person Soren, who was hiding at his home, was spotted by the IIC. He was found with grievous leg injuries. Without much delay, the police officials sent him to a local hospital for treatment.

The exact reason of the incident will be ascertained after the probe, said Mahalik.

Wish you were BCCI chief when Yo-Yo was in demand: Yuvi to Dada

2 ITI students from Mayurbhanj outshine many in all India…