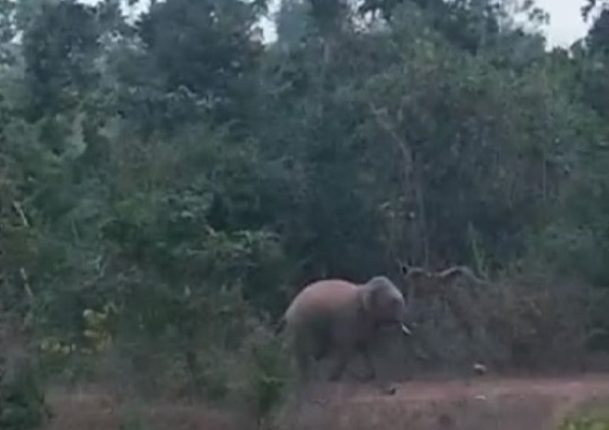 Puri: Four persons were killed and five others injured after an elephant attacked them in Nimapara and Pipili areas in Odisha’s Puri district today.

The deceased have been identified as Jugal Kishore Bhat of Gopinathpur village, Makara Pilai of Chandradeipur village, both under Balanga police limits and Chain Sahoo of Pipili. The injured persons — Bhuban Prusty and Hadibandhu Nayak of Terahal village — sustained severe injuries in the attack.

Later the tusker killed another resident of Rajatai village under Sanpur panchayat after entering the village.

According to reports, a tusker created panic among residents after it strayed into human habitations under Balanga police limits crossing the highway.

The police and forest officials have swung into action to catch the elephant.