One more elephant electrocuted to death in Dhenkanal 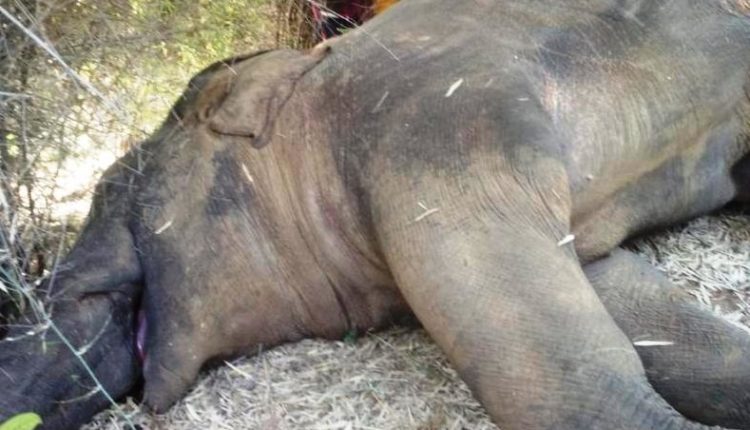 Dhenkanal: While the electrocution death of seven elephants at Kamalanga village in Dhenkanal district in October triggered much outcry at State as well at national level, another elephant was electrocuted to death in Hindol area of the district today.

Sources said the pachyderm died after coming in contact with a live electric wire that was laid on a farmland in Dudurkote forest under Hindol Range in the district to protect paddy from wild boars.

On receiving information, forest officials reached the spot and began an investigation into the incident. Post-mortem of the elephant’s carcass will be conducted following which the  exact cause behind its death will be ascertained, said an official.

Meanwhile, locals have expressed their discontentment alleging negligence on the part of the forest and electricity departments that led to recurrence of such mishaps.