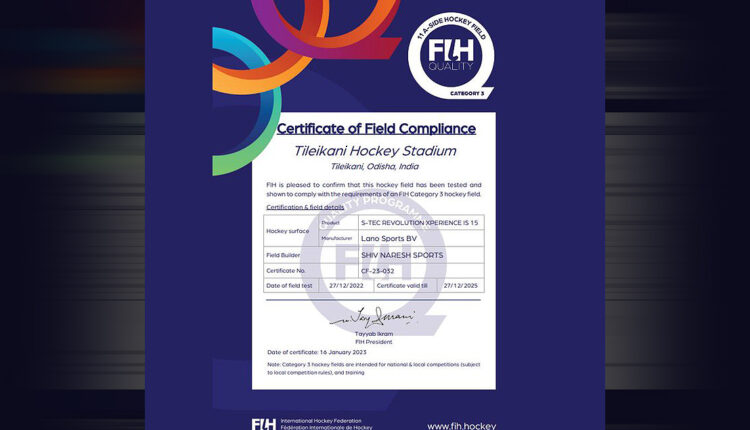 An FIH source said today that Tileikani hockey stadium field in the district has been tested and was found to have complied with the requirements of FIH Category 3 hockey field. The certificate was issued on January 16, 2023 and is valid till December 27, 2025.

It is pertinent to mention, the FIH president Tayyab Ikram recently confirmed that Birsa Munda Stadium is the largest stadium for hockey in the world in terms of seating capacity.

“No other hockey stadium in the world except Birsa Munda International Hockey Stadium in Rourkela has 21,800 seating capacity,” Ikram had earlier said at a presser.

“You don’t have this ‘seating’ capacity anywhere else in the world. I have not seen such infrastructure and facilities for a tournament anywhere. Let’s all appreciate this,” the FIH president had stated.