One of Odisha twins Kalia feeling drowsy. Here’s why 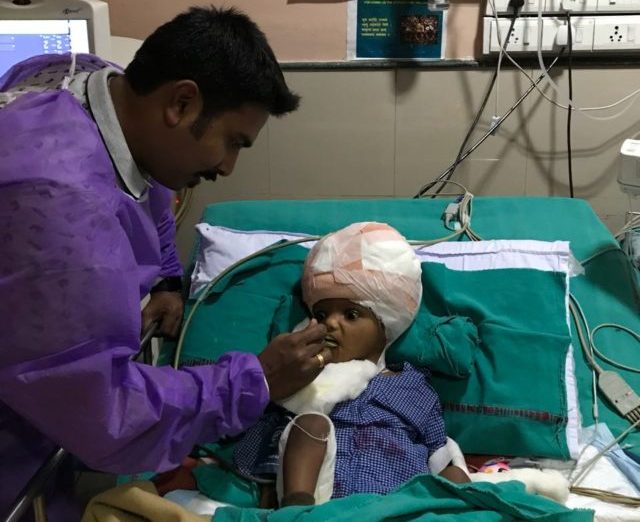 Bhubaneswar: Health condition of Kalia, one of the conjoined twins from Odisha whose heads were separated at the AIIMS in New Delhi, hasn’t improved the way it was expected and he is feeling drowsy, informed Health Minister Pratap Jena today.

“There has been no change in the health condition of Kalia. He is still to become active as he has ‘fits problem’ and the medicines administered to him are making him drowsy. The improvement in his condition, which was expected, is yet to take place,” the minister said.

“On the other hand, Jaga has improved a lot. He has started playing and having ‘normal diet’. The doctors are taking adequate steps. The state government has been extending necessary cooperation in this regard and will continue to do so in future, if required,” Jena said.

Notably, the twins hailing from Kandhamal district were separated following a 22-hour-long craniopagus surgery by doctors at the hospital on Oct 25 and 26. A team of around 30 specialists from the institute’s neurosurgery, neuro-anaesthesia and plastic surgery departments had performed the marathon surgery.

Jaga and Kalia, whose cranium were fused, were brought to the AIIMS on July 14 from Milipada village in the district.