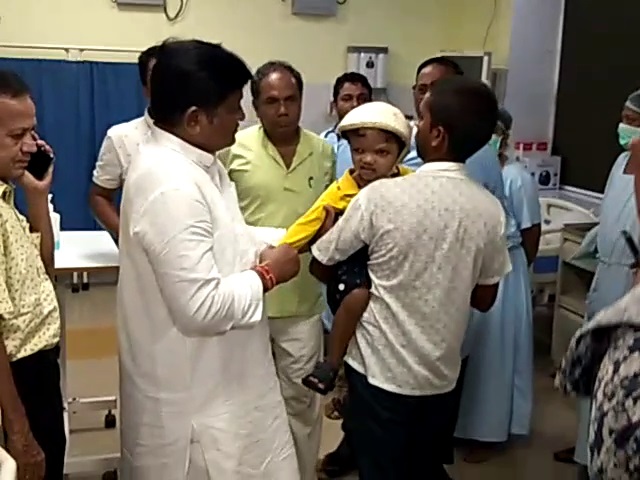 The skull will be brought from a bone bank to conduct the transplant on Jaga, the minister said after meeting both Jaga and Kalia at the SCB Medical College & Hospital in Cuttack.

The government will provide all sorts of assistance for skull transplant surgery, he said.

While Jaga is doing well, the health condition of his sibling Kalia is yet to be normal. However, the efforts are on to give them the best treatment for improving their conditions, Jena told media.

When asked about a proposal on enrolling Jaga at a school for studies, he said, “Jaga does not have a proper skull on his head. He is wearing a helmet for protection. After successfully undergoing skull transplant surgery, he can go to school.”

“However, we will make arrangement for his education at the hospital till next surgery,” he added.

Worth mentioning, twins Jaga and Kalia are now undergoing treatment at the SCB since September 7 after they returned from New Delhi to Odisha. Two years ago, the two had left the state as conjoined twins, but were back as separate children after undergoing a series of complicated surgeries at the AIIMS, New Delhi.