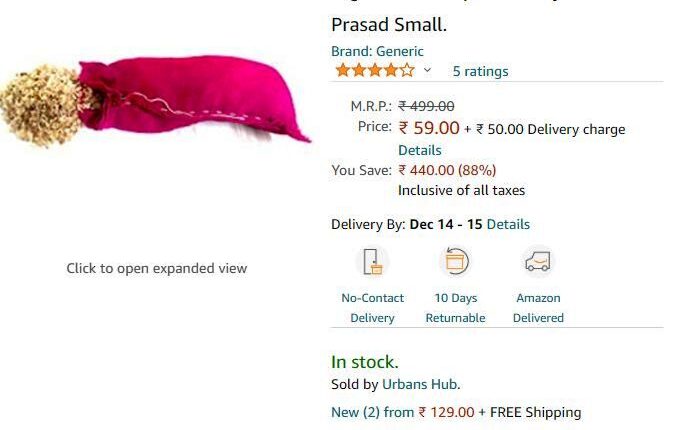 SJTA Administrator (Development) Ajay Kumar Jena lodged a complaint at the Singhadwara police station here alleging that Nirmalya is being sold online by Amazon without the permission of the temple administration. Jena has sought action against the firm.

The Suar Mahasuar Nijog had also filed an FIR at the police station yesterday over the matter. Earlier, Sambhunath Khuntia, a servitor of the temple, had also filed a complaint against Amazon India.

On the other hand, Anil Kumar Sahu, convenor of Puri Zilla Yuva Adhivakta Sangha, today sent a legal notice to Amit Agarwal, Global Senior VP and Country Head, Amazon India over the issue seeking a reply from him within 20 days.

The prasad was being sold on the website at Rs 59 per packet containing 25 grams of Nirmalya with a delivery charge of Rs 50.