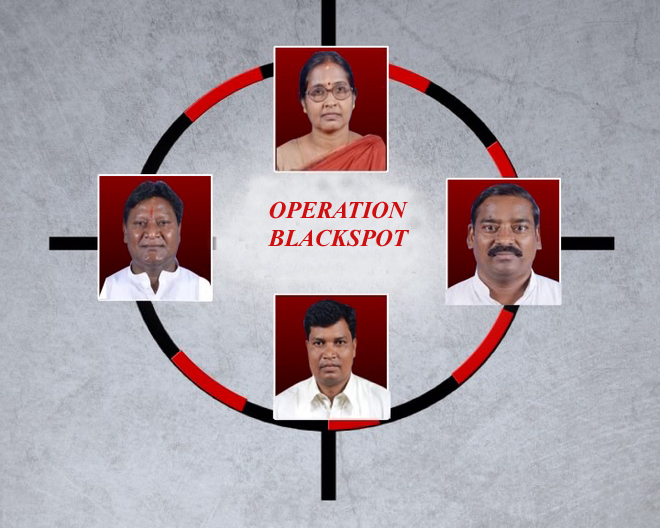 Three out of the four BJD legislators who were caught on camera seeking bribe from a journalist who acted as a decoy industrialist seeking to establish industries in their respective constituencies in a sting operation titled ‘Operation Blackspot’ by a web portal appeared before the Odisha Vigilance late in the evening on Wednesday.

According to Vigilance Director General (DG) Dr. R P Sharma while two of the MLAs appeared at the anti-corruption unit’s Bhubaneswar office, one appeared at the agency’s headquarters in Cuttack.

Sharma said Bhawanipatna MLA Anam  Nayak has sought time to appear before the anti-corruption unit and would appear at a later date.

According to sources, the three MLAs were questioned on their dealings with the decoy industrialist in the sting operation.

Sources further said that the Vigilance has contacted Ravi Sharma, the head of the portal leaking.in which had conducted the sting operation. He has been contacted through his wife, who is an employee of the state government. He has been asked to appear before the Vigilance, the sources added.

It may be recalled here that the Vigilance had affixed notices (latka in local parlance) thrice at Sharma’s rented residence-cum-office here to appear before it since his place was locked.

The anti-corruption wing had raided the web portal’s office on September 2 besides conducting raids on the house of a cameraman Saroj Kamila at Kamarda in Balasore district and Chandrasekharpur area here.

The expose was aired by Kanak News following which Chief Minister Naveen Patnaik had ordered a Vigilance inquiry into the incident.