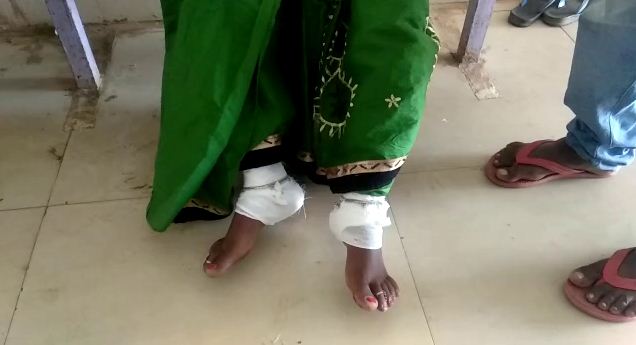 Keonjhar: Negligence on the part of doctor and hospital staff has resulted in suffering for a woman in Anandpur area of Odisha’s Keonjhar district as surgery was allegedly performed on her right leg instead of the left one.

One Mita Rani Jena of Khadbali village in the district had come to the Anandpur sub-divisional hospital yesterday after she complained of severe pain on her left leg.

The concerned doctor advised her to undergo operation due to a wound on the particular leg. However, the doctor performed the surgery on the right leg. After the doctor realised about the blunder, he operated on the left leg.

Ordeal of the woman began after the operation as she was unable to walk properly due to surgery on her both legs. Tension gripped the hospital premises after the incident as locals opposed and criticised the careless act of the doctor.

The hospital authorities have refused to comment on the matter.