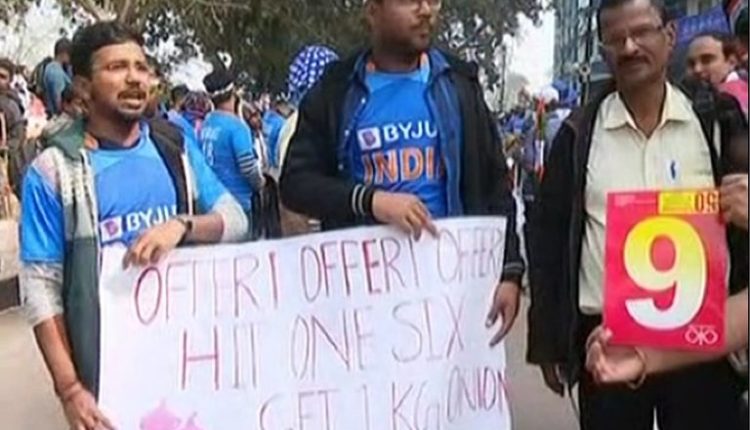 Cuttack: In a novel form of protest, students of the Odisha University of Agriculture and Technology (OUAT) held placards mentioning a reward of one kg onion for Team India for every six it scores in the third ODI against West Indies at Barabati Stadium. Opposing the onion price hike in the country, the students today held the protest outside Barabati Stadium as security personnel did not allow them to enter the stadium.

The protesting students grabbed the attention of visitors to the stadium with their offer of onion for Team India.

Meanwhile, West Indies won the toss and chose to bat first while Team India decided to bowl during the ODI match.

Earlier in the day, Teams India and West Indies left their hotels in Bhubaneswar at 11 am and reached the stadium amid tight security.

Men think they are better liars than women: Study