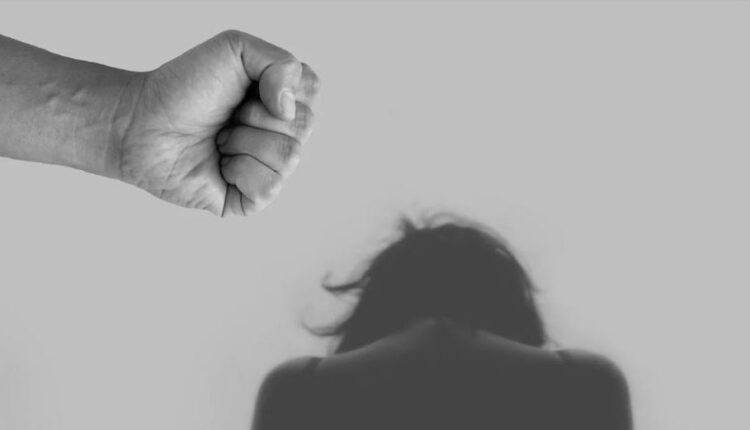 International days and weeks are occasions to educate the public on issues of concern, mobilize political will and resources to address global problems and celebrate and reinforce the achievements of humanity. The existence of international days predates the establishment of the United Nations, but the UN has embraced them as a powerful advocacy tool.

The world recognizes the International Day for the Elimination of Violence Against Women on November 25, a day to heighten awareness about the physical, psychological and emotional harm women face worldwide. To raise awareness, this year’s theme is “Orange the World: End Violence against Women Now!”. Orange is our colour to represent a brighter future free of violence against women and girls. Be part of the orange movement!

The genesis of the day can be traced to a heart-rending incident of November 25, 1960, when three sisters, Patria Mercedes Mirabal, María Argentina Minerva Mirabal and Antonia María Teresa Mirabal, were assassinated in the Dominican Republic on the orders of the Dominican ruler Rafael Trujillo. The Mirabel sisters fought hard to end Trujillo’s dictatorship. This year marks its 30th anniversary.

The UN Trust Fund to End Violence against Women, the only global grant-making mechanism dedicated to ending and preventing all forms of violence against women, has just marked its 25th anniversary, with the crowdfunding challenge #Give25forUNTF25. Over the past 25 years, the UN Trust Fund has supported 609 initiatives in 140 countries and territories. In the past five years alone, its grantees, mostly locally based women’s rights organizations, have led projects that reached nearly 55 million people, including more than 150,000 survivors of violence.

The Declaration on the Elimination of Violence Against Women issued by the UN General Assembly in 1993, defines violence against women as “any act of gender-based violence that results in, or is likely to result in, physical, sexual or psychological harm or suffering to women, including threats of such acts, coercion or arbitrary deprivation of liberty, whether occurring in public or in private life.”

Nearly one in three women have been abused in their lifetime in the world. In times of crises, the numbers rise, as seen during the COVID-19 pandemic and recent humanitarian crises, conflicts and climate disasters. New UN Women data confirms violence against women has worsened due to the COVID-19 pandemic. A new report from UN Women, based on data from 13 countries since the pandemic, shows that 2 in 3 women reported that they or a woman they know experienced some form of violence and are more likely to face food insecurity. Only one in ten women said that victims would go to the police for help.

The report titled “Measuring the shadow pandemic: Violence against women during COVID-19 “of UN Women shows that women’s feelings of safety have been eroded, leading to significant negative impacts on their mental and emotional well-being. The findings revealed that Socio-economic stressors such as employment and external stressors such as food insecurity and family relations have a significant impact, not only on experiences of violence or feelings of safety but also on women’s well-being overall. Women are feeling less safe at home as conflicts between adults at home has increased, along with the occurrence or threat of physical violence, or because other women in the household have been hurt. Violence against women in public spaces remains a key deterrent to women’s mobility during COVID-19. It limits their access to employment, essential services, and recreational activities.

It also negatively impacts their health and well-being. For violence that occurs within the home, most women tend to seek help from family than from the authorities, but more women seek help from police when it comes to sexual harassment in public spaces. Women who experienced or know women who experienced violence since COVID-19 were 1.3 times as likely to report increased mental and emotional stress as women who did not.

According to the National Commission for Women (NCW), chief Rekha Sharma, there was a 46 per cent rise in complaints of crimes against women in the first eight months of 2021 over the corresponding period of last year, and over half of these were from Uttar Pradesh. The NCW received a total of 19,953 complaints of crimes against women from January to August this year, up from 13,618 in the corresponding period of 2020. Among states and union territories, the highest number of complaints was received from Uttar Pradesh (10,084), followed by Delhi (2,147), Haryana (995) and Maharashtra (974),

What is pathetic is that crime is increasing in Odisha. The NCRB statistics said in 2020, the overall crime rate against women in Odisha was 112.9, second only to Assam, and marking a rise from 103.5 in 2019. As per NCRB 2020 figures, Odisha police registered 25,489 cases of crimes against women in 2020 against 23,183 in 2019. The NCRB report also revealed that with 615 cases, the state stands third in cases related to outraging the modesty of women; it also figured among the top 10 states in kidnapping and abduction of women with 3,775 cases.

The state also registered 526 cases related to cybercrime offences against women, the highest in the country. With 292 cases of publishing sexually explicit material, the state stood at second place. As many as 234 cybercrime cases were registered in connection with blackmailing, defamation and morphing of women’s images, again the highest.

Odisha has earned the infamy of having witnessed the greatest number of molestation cases in India in 2020, a year that saw the country and states going into lockdown for several months owing to an unprecedented Covid-19 pandemic. According to the latest National Crime Records Bureau (NCRB) report, altogether 12,605 molestations (Section 354 of IPC) cases were recorded in the state last year. Maharashtra and Uttar Pradesh came second and third with 9,965 and 9,864 cases, respectively.

The adverse psychological, sexual and reproductive health consequences of violence against women and girls (VAWG) affect women at all stages of their life. For example, early-set educational disadvantages not only represent the primary obstacle to universal schooling and the right to education for girls; down the line they are also to blame for restricting access to higher education and even translate into limited opportunities for women in the labour market.

While gender-based violence can happen to anyone, anywhere, some women and girls are particularly vulnerable – for instance, young girls and older women, women who identify as lesbian, bisexual, transgender or intersex, migrants and refugees, indigenous women and ethnic minorities, or women and girls living with HIV and disabilities, and those living through humanitarian crises.

Violence against women is not inevitable. The right policies and programmes bring results. That means comprehensive, long-term strategies that tackle the root causes of violence, protect the rights of women and girls, and promote strong and autonomous women’s rights movements. Change is possible, and now is the time to redouble our efforts so that together, we can eliminate violence against women and girls by 2030,” rallied UN Secretary-General António Guterres.

While pervasive, gender-based violence is not inevitable. It can and must be prevented. Stopping this violence starts with believing survivors, adopting comprehensive and inclusive approaches that tackle the root causes, transform harmful social norms, and empower women and girls. With survivor-centred essential services across policing, justice, health, and social sectors, and sufficient financing for the women’s rights agenda, we can end gender-based violence.

However, ending violence against women and girls is not a short-term endeavour. It requires harmonized and sustained efforts from all of us. After efforts yielding results will be the best tribute to survivors and women’s human rights defenders that we are celebrating today. Beyond raising awareness, governments, the private sector, the artistic community, civil society organizations, academia should look into new ways to immediately address this global scourge.

The  UNreport comes as the world kicks off the 16 Days of Activism against Gender-Based Violence, from 25 November to 10 December, under the global theme set by the UN Secretary-General’s UNiTE campaign, “Orange the World: End Violence against Women Now!”

The Heads of UN agencies, UNDP, UNICEF, UN WOMEN and UNFPA, is calling upon us to stand in solidarity with survivors and survivor advocates and women’s human rights defenders who are working to prevent and end violence against women and girls. Our duty is not only to stand in solidarity with them but also to intensify our efforts to find solutions and measures to stop this preventable global bane with a damaging impact on women’s and girls’ lives and health.

The main principles of uniting campaign advocacy are:

• Honour and acknowledge women’s movements and their leadership in the 16 Days of Activism and in preventing and ending violence against women and girls in general.

• ‘Leave No One Behind’: Spply a human rights-based approach and focus attention on the most underserved and disadvantaged groups of women and girls experiencing intersecting forms of harm in efforts to prevent and end violence against women and girls.

• Survivor-centred: Take a respectful and ‘do no harm’ approach to the telling and/or retelling of survivor stories, only with their informed consent and under conditions in which they feel empowered to exercise their agency.

No NOC needed to set up Anganwadi Centre on primary school premises: Govt