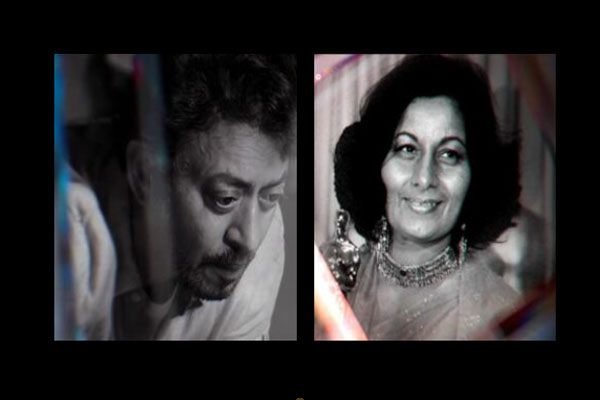 Los Angeles:  Irrfan Khan and Bhanu Athaiya were the Indian film personalities honoured in the “In Memoriam” montage showcased at the 93rd Academy Awards ceremony held here, on early Monday morning according to India time.

Sean Connery and Chadwick Boseman were also among many others that the Academy remembered in the special tribute segment. Oscar nominee Angela Bassett gave a speech with the tribute, which was shown in the form of a video clip and was a homage to achievers the world of screen lost over the past year, including actors, writers, directors, and technicians.

Irrfan, who passed away last year in Mumbai at the age of 53 after a two-year battle with neuroendocrine tumour, earned global recognition with his work in projects such as “The Warrior”, “The Namesake”, “Slumdog Millionaire”, “The Amazing Spider-Man”, “Life Of Pi”, “Jurassic World” and “Inferno”. He passed away on April 29 last year.

Costume designer Bhanu Athaiya became the first Indian to win an Oscar, for her work in Sir Richard Attenborough’s much-feted classic of 1982, “Gandhi”. She won the Oscar jointly with John Mollo. Athaiya was 91 when she passed away at her residence in Mumbai after prolonged illness last year on October 16. Athaiya had also won a BAFTA Award for Best Costume Design for the film.

In 2012, Athaiya returned her Oscar to the Academy of Motion Picture Arts and Sciences for safe keeping.

The 93rd Academy Award, also known as the Oscars, was held from two locations in Los Angeles — Union Station and Dolby Theatre. Anthony Hopkins and Frances McDormand were honoured with the Best Actor and Actress award respectively while filmmaker Chloe Zhao’s “Nomadland” was named the Best Film. Zhao won Best Director for the film.

Here are some of Irrfan’s emotional messages on social…