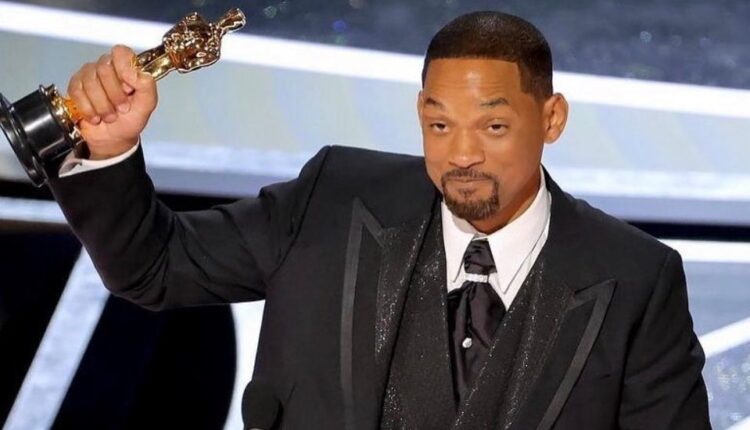 Los Angeles: Hollywood star Will Smith won the honour for ‘Actor in a Lead Role’ for the movie ‘King Richard’ at the 94th Academy Award held at the Dolby theatre.

‘King Richard’ is a biographical sports drama film directed by Reinaldo Marcus Green. It follows the life of Richard Williams, the father and coach of famed tennis players Venus and Serena Williams, who were executive producers of the film. It also stars Aunjanue Ellis, Saniyya Sidney, Demi Singleton, Tony Goldwyn, and Jon Bernthal.

Smith was nominated alongside Javier Bardem ‘Being the Ricardos’, Benedict Cumberbatch ‘The Power of the Dog’, Andrew Garfield ‘Tick, Tick… Boom!’ and Denzel Washington ‘The Tragedy of Macbeth’.

A teary eyed Smith kissed his wife Jada Pinkett Smith before going on the stage and then made an emotional speech.

He said: “I was the first defender of his (Richard Williams) family. At this moment I am overwhelmed with what God is calling me to do in this world. Making this film I got to protect who was one of the most delicate people. I got to protect Saniyya Sidney and Demi Singleton, two actresses playing Venus and Serena.

“I am being called on in my life to love people and to protect people and to be a river to my people to do what we do. You gotta be able to take abuse, people will talk crazy about you and disrespect you and to pretend that it is okay.

“It’s like I wanna be a vessel for love, I wanna say thank you to Venus and Serena and the entire Williams family for trusting me with your story.”

Smith said that he wants to be an “ambassador of that kind of love, care and concern.”

#Oscars | Smith drew parallels between the moment he was having and the life of the man he played onscreen — Richard Williams, father to Serena and Venus https://t.co/xh4Ggn0fXS pic.twitter.com/OPFVXg2BUu