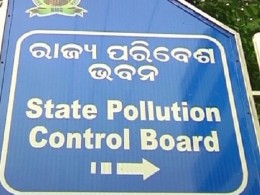 The Odisha State Pollution Control Board (OSPCB) today sealed as many as 16 hotels in Odisha’s Puri in the second phase of its drive for violating pollution norms.

The closure procedure was conducted by the OSPCB officials with the help of the district administration and local police.

Three teams formed by the pollution control board sealed the hotels situated at Chakratirtha Road and along the beach.

A closure notice was served by the administration on Thursday asking them to vacate the hotels by Friday evening. Besides, announcement in this regard was made with the help of monophone on Sea Beach road.

Notably, 19 hotels were sealed in the presence of the regional director of the Board in the first phase for not having ‘Consent to Operate’ license.

A total of 40 hotels in Puri were served closure notices.