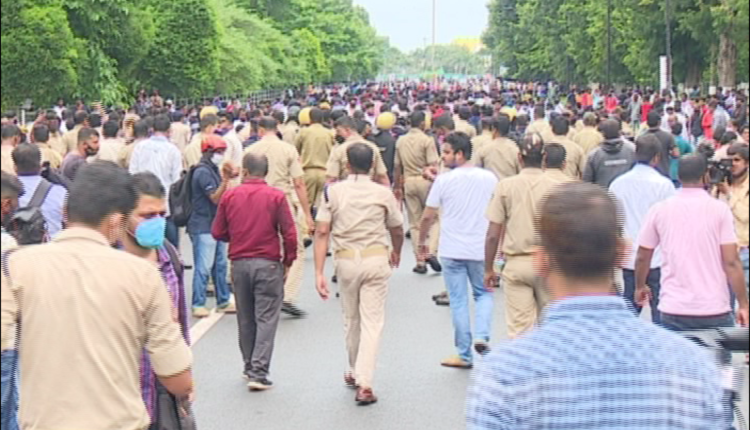 Hundreds of protestors belonging to the student wing of Odisha Congress took out the rally from Congress Bhawan in Master Canteen area to gherao Assembly. While they tried to break the barricades, the police personnel hindered the agitators that led to face-off at Lower PMG area.

Taking necessary action, the police detained a few protestors preventing them to move forward for gherao.

The activists of Chhatra Congress alleged the State Government of protecting the top officials in OSSC including Chairman in alleged job scam.

“While action was taken against OSSC Member’s private secretary, who is in Vigilance net for possessing assets disproportionate to his known sources of income, the Government did not act against top brass in the Staff Selection Commission,” a protester said demanding to bring chairman, members and other officials involved in the alleged massive irregularities under purview of investigation.

Earlier on August 2, the Chhatra Congress activists and police had face-off near the OSSC office in Bhubaneswar. The student wing of Congress demanded a fair probe into recruitment of candidates following arrest of OSSC Member’s Private Secretary Biranchi Sahu in a DA case.