Outrage among devotees as Mahaprasad found in garbage bin in Odisha 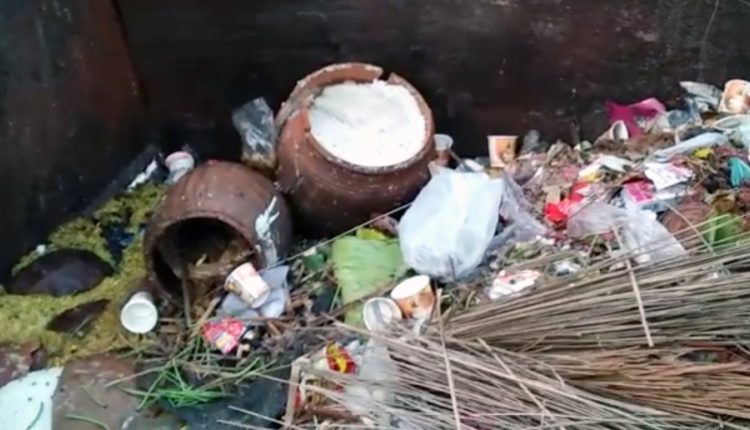 Puri: Devotees of Lord Jagannath expressed massive outrage after Mahaprasad was found in a garbage bin in pilgrim town Puri during the Holy month of Kartik.

Reportedly, earthen pots containing Mahaprasad of Lord Jagannath were thrown into the dustbins installed by Puri Municipality at a camp set up for Habisyalis.

Worth mentioning, the district administration provides accommodation facility for Habisyalis visiting Jagannath Temple here for a month-long ‘Habisa’ starting from the first day of Kartik month. Under the Habisyali programme, three camps have been set up for the devotees at different locations where they are offered Mahaprasad free of cost.

Unfortunately, Lord Jagannath’s Mahaprasad, which is considered as the most pious, was found in a garbage bin at Railway Habisyali camp yesterday. The incident has triggered huge outrage among devotees. They warned to stage protest if the administration fails to take any initiative to prevent such acts disrespecting Lord Jagannath and his culture.