Over 100 cattle rescued in Odisha from being trafficked to Bengal 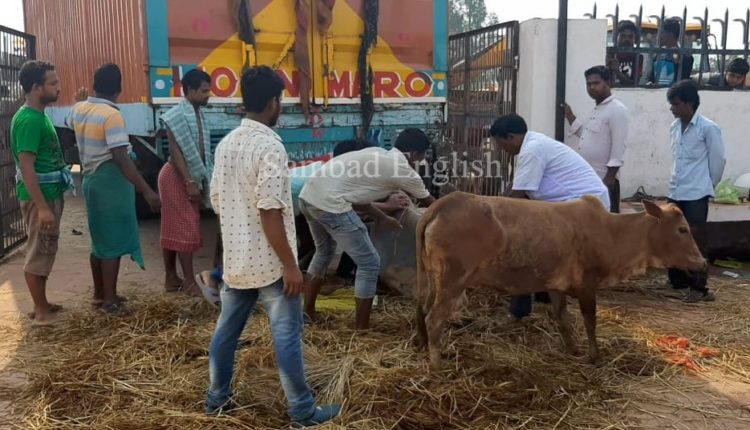 Khordha: Over 100 cattle were rescued by locals in critical condition in Khordha district while reportedly being trafficked to West Bengal today.

The locals stopped a cattle-laden container truck at Daleiput Chhak near Sadar Police Station on the National Highway 16 in the morning and rescued the animals. They handed over the truck to the police.

Sources said that the cattle were being illegally transported to Kolkata from Berhampur. While the conditions of cattle were critical during rescue operation, many were found dead on the container.