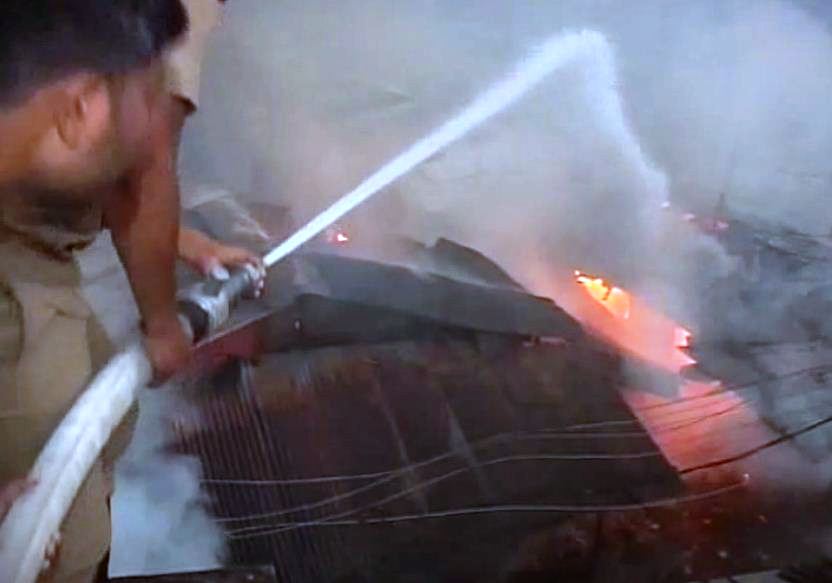 More than 100 shops were gutted as a major fire broke out at Gol Bazar in Odisha’s Sambalpur district on the wee hours of Tuesday.

As many as ten fire fighting teams managed to douse the blaze after three hour-long effort, reports said.

No causalities have been reported in the incident.

Though the reason behind the fire was yet to be ascertained, it is suspected that electric short circuit might have led to the mishap.

On being informed, Sambalpur MLA Raseswari Panigrahi, Collector and SP rushed to the spot and took stock of the situation.

“The loss will be assessed by the district administration. We will try to provide compensation to the shop owners from Chief Minister’s relief fund,” Panigrahi said.

The Collector has ordered for a probe into the incident to ascertain the cause behind the mishap.

Woman consumes pesticide, feeds it to daughter in Odisha; both die