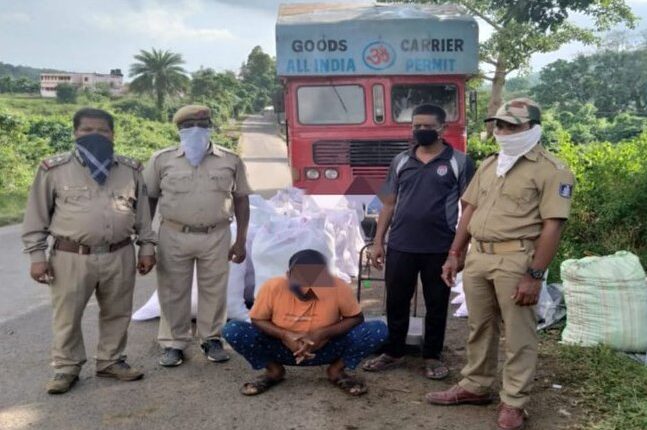 Paralakhemundi: In a major contraband seizure, R.Udayagiri police seized more than 1000 kg of ganja from a container truck and arrested a person in this connection in Odisha’s Gajapati district.

According to reports, the vehicle carrying 10.27 quintals of ganja was heading towards Chhattisgarh from Buripadar area. Acting on a tip-off, police intercepted the truck near Mahendragarh Chhak yesterday and recovered the contraband from the vehicle after conducting a search. The estimated price of the ganja is around Rs 50 lakh.

The truck driver, identified as Dharamveer Kumar Singh of Bihar, has been apprehended over his involvement in the ganja smuggling.