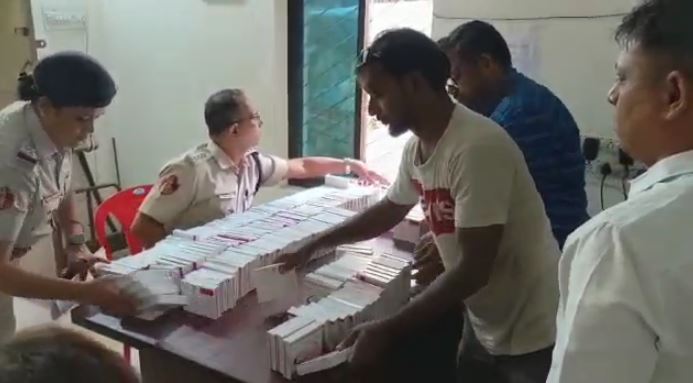 Cuttack: Days after seizure of a huge quantity of fake Blood Pressure medicines in the city, police today seized more than 1300 strips of the same in Dolamundai area.

According to reports, the Purighat police, acting on an information, raided the spot and seized the spurious BP medicines (Telma-40 and Telma-AM) worth Rs 3 lakh from a transport near Mahatab Road.

The medicines were ordered by VR Drug Agencies from Kolkata, sources said.

Earlier this month, a team of Directorate of Drugs Control had raided Puja Enterprises and VR Drug Agencies, two drug wholesale points in Manik Ghosh Bazar here, and inspected the stock of the BP medicines, which were allegedly manufactured and sold by a fake pharmaceutical company in the name of Glenmark Pharmaceuticals Ltd.

The police had on September 13 arrested Sanjay Jalal, owner of Puja Enterprises, and Rahul Syal, owner of VR Drug Agencies, over their alleged involvement in the offence.

The two were later taken on remand by police for further questioning.