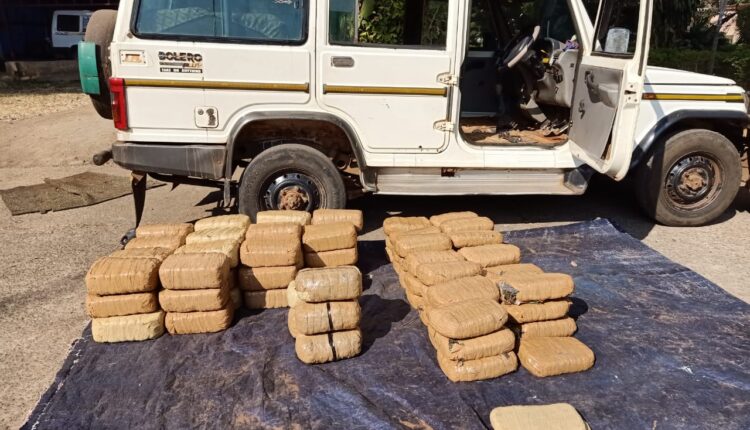 Koraput: Police seized over 2 quintal cannabis from a vehicle on the National Highway-26 in Semiliguda area in Koraput district and arrested one person following a raid yesterday, informed the Semiliguda police today.

According to reports, the banned contraband was being transported illegally in an SUV (Bolero) from Pottangi area to Jeypore.

Acting on a tip-off, the Semiliguda police conducted raid at 1.00 pm on Thursday at Mill Chhak near Chirag Dhaba on NH-26 and seized 229 kg (2 Quintals 29 Kg) ganja from the vehicle. One person was arrested in this connection.

A case has been registered under sections 20 (b) (ii) (C)/29 NDPS Act, 1985. The arrested person will be forwarded to a local court today, the police said.