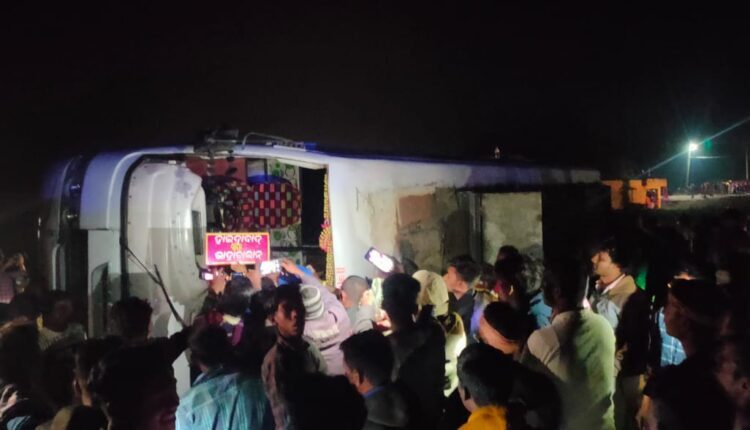 Koksara: More than 20 migrant labourers including women and children were injured after a bus carrying them towards Hyderabad overturned in Odisha’s Kalahandi district today evening. The mishap occurred on the Biju Expressway near Badakenduguda under Koksara block of the district.

As per reports, the bus carrying more than 50 migrant labourers was going towards Hyderabad from Deobhog of Chhattisgarh. As the bus overturned, more than 20 labourers sustained injuries.

After receiving information, the police and Fire Service personnel reached the spot and rescued the injured. With the help of locals, the injured were admitted to the Koksara hospital. Later the critical were shifted to the Bhawanipatna hospital.

A district administration official informed 15 passengers of the bus have been kept at the Kenduguda School.