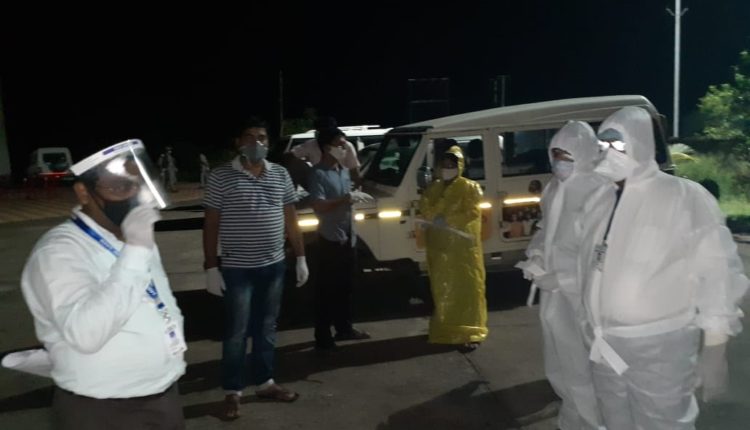 As many as four buses carrying a total of 217 migrant workers reached Seragarh and Dharakote in the district around midnight, reports said. They were stranded in Surat due to nationwide lockdown for coronavirus outbreak.

Primary health screening of the persons was done while they have been quarantined at two government schools in Seragarh and Dharakote.

Ganjam Collector Vijay Amruta Kulange appealed the people of the district not to roam near temporary medical camps (quarantine centres) where returnees from other states are being quarantined.

The official further said that stringent action will be taken against those violating the rule.

Temporary medical camps have been set up at gram panchayats and NACs across the district, where migrants returning from other states will have to undergo a mandatory quarantine for 14 days, he said.