Over 25 injured as Bhubaneswar-bound bus overturns 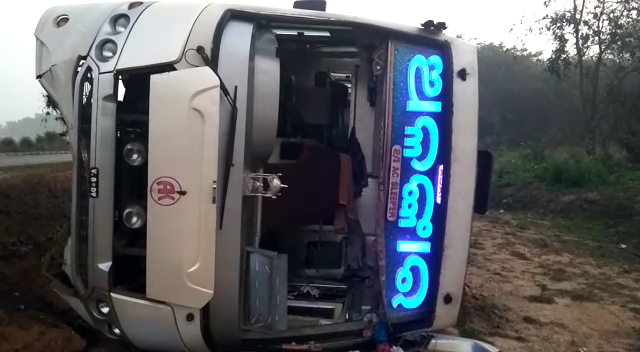 Balasore: More than 25 persons sustained injuries as a Bhubaneswar-bound bus in which they were travelling overturned on NH-16 near Bhogia Chhak under Simulia police limits in Odisha’s Balasore district, today.

The ill-fated vehicle carrying around 50 passengers from Baripada to Bhubaneswar turned turtle early this morning as the driver of the bus lost control over the wheels, reports said.

On being informed, police rescued the victims and admitted them to the Simulia Community Health Centre. Some of them were later shifted to Bhadrak District Headquarters Hospital for better treatment while three of the injured ones were taken to the SCB Medical College and Hospital in Cuttack as their condition deteriorated.

The driver of the bus absconded after the mishap while police have seized the vehicle and started investigation.

Coronavirus toll rises to 2,870 in China