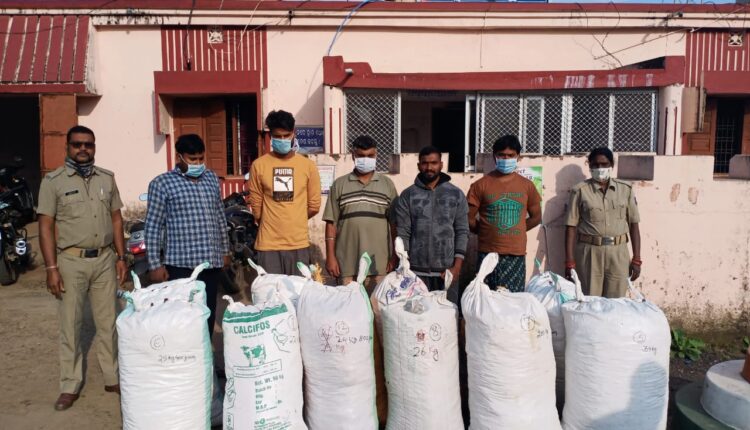 Jeypore: In a crackdown against ganja smuggling, the Koraput police arrested five persons and seized more than 300 kg of the contraband item today morning.

Acting on a tip-off, the officials of Jeypore Police Station raided a place near Shiva temple on Jeypore ghat on NH-26. The police personnel found seven persons were loading ganja in two vehicles.

As per the procedure the vehicles were searched in presence of the Executive Magistrate and other witnesses. On a thorough search of the vehicle ganja packets containing 310 kg of the contraband item worth about Rs 30 lakh were recovered from both the vehicles.

After registering a case under Section 20 (b)(ii)(C) of the NDPS Act the police launched an investigation.