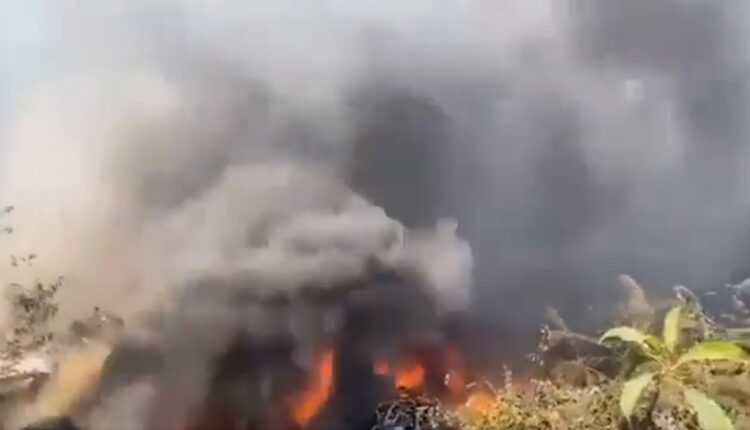 Kathmandu:  Over 30 people died when a passenger plane crashed in Pokhara region of Nepal’s Kaski district on Sunday.

Chief District Officer Tek Bahadur K.C. confirmed that bodies of 30 passengers have been recovered so far.

“Chances of finding people alive are less, he said, adding that “we are pulling out the bodies.”

A total of 68 passengers and four crew members were on board the aircraft that crashed between the old airport and the Pokhara International Airport, Sudarshan Bartaula, spokesperson of Yeti Airlines, said.

The ill-fated aircraft was proceeding towards Pokhara from Kathmandu.

Prime Minister Pushpa Kamal Dahal has called an emergency meeting after the crash.