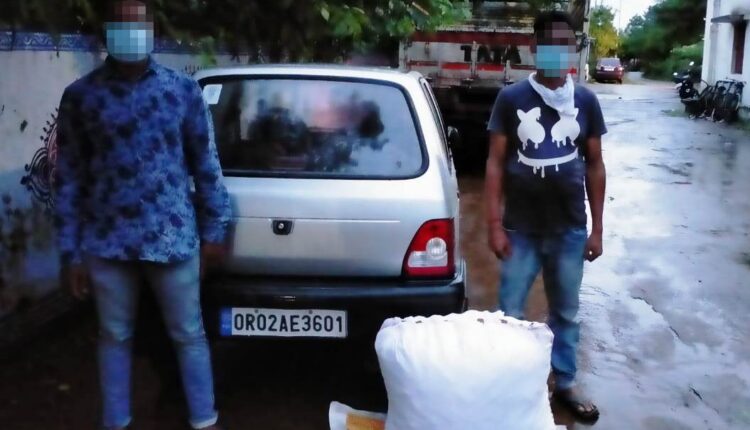 Bhubaneswar: Intensifying its crackdown against ganja peddlers, the Commissionerate Police today arrested two persons on charges of peddling the contraband item in Laxmisagar area of Bhubaneswar and seized 30.1 kg of ganja.

Acting on a reliable information, a joint team of the Quick Action Team (QAT) and Laxmisagar police raided a place near Jharpada Melan padia. During the search 30.1 kg of ganja was seized from the possession of two persons, namely Babu alias Prasanna Routray of Khordha and Ajay alias Ashok Patra from Patapur of Ganjam.

Also, one Maruti 800 car and two mobile phones were seized from their possession. A case has been registered at Laxmisagar police station under NDPS Act.

Yesterday the Khandagiri police conducted a raid in the vicinity of TATA Motors, Baramunda Bus stand. During the search 12 kg 700 grams of ganja, cash of Rs 1500 and three mobile phones were seized from three persons.