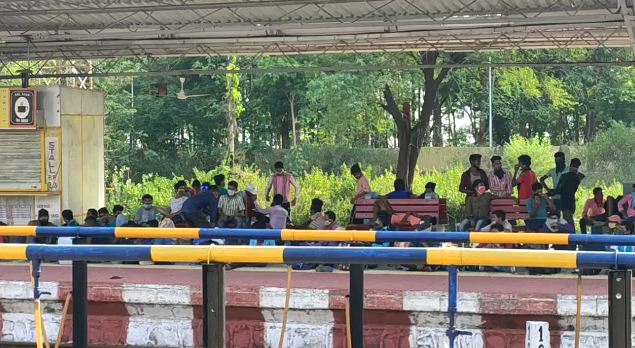 According to reports, the train carrying the migrant workers from Surat to Nirgundi in Cuttack halted near Kantabanji railway station early this morning as the alarm chain was pulled.

Moments later, as many as 305 migrant workers from Nuapada, Kalahandi and Balangir districts detrained. However, they were stopped by the Government Railway Police (GRP) from going elsewhere. They were provided snacks at the railway station platform.

Though the migrant workers refuted the allegation of alarm chain pulling and said that they alighted from the train as it stopped, Kantabanji Railway Station Manager said the chain was pulled for which the train halted. They will be sent to their respective native places in buses, the official said.

It can be recalled here that more than 200 migrants had fled a Shramik Special train in Ganjam district yesterday after pulling the alarm chain.