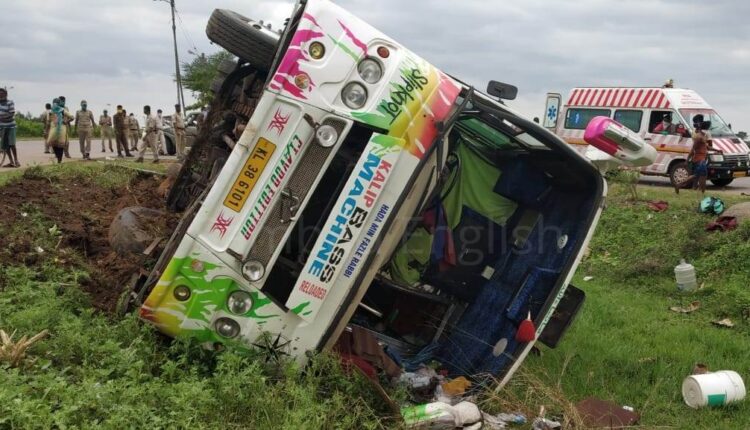 Balasore: More than 40 migrant workers sustained injuries as the bus in which they were travelling overturned on NH-60 near Laxmannath Toll Plaza in Jaleswar area of Odisha’s Balasore district today.

According to reports, the ill-fated vehicle was carrying around 50 migrant workers from Kerala to Kolkata. The driver of the bus lost control over the wheels following which it turned turtle leading to the mishap.

On being informed, police and Fire personnel rushed to the spot and initiated rescue operation. The victims have been admitted to Jaleswar Community Health Centre (CHC).

AAI asks passengers to reach airport 2 hrs prior to departure