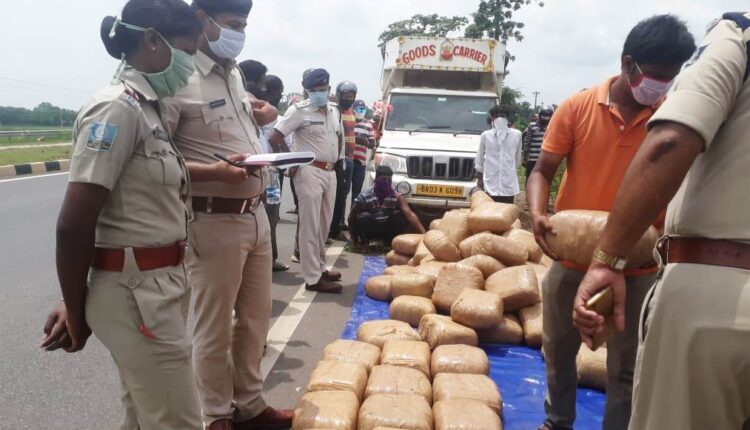 Baripada: Police today seized 420 kg of ganja worth over Rs 20 lakh in Betnoti area of Odisha’s Mayurbhanj district and arrested two persons in this connection.

According to reports, the contraband was recovered from a pickup can which was intercepted by the cops on suspicion in the morning. Though the driver and helper of the vehicle tried to flee the spot, they were nabbed by police.

The pickup van has been seized by police while further investigation was underway to ascertain the involvement of others in the offence.