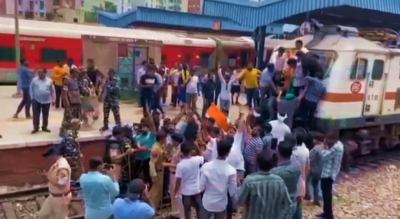 New Delhi: As many as 529 trains were cancelled on Monday in the wake of massive pan-India protest against the Centre’s newly-introduced defence recruitment scheme Agnipath.

The Agnipath scheme, termed as a historic and transformative measure by the government, has met unprecedented levels of agitations and protests in several states across India. The protesters have been targeting the trains and have torched several of them due to which the railways has suffered a major loss of property over the last five days.