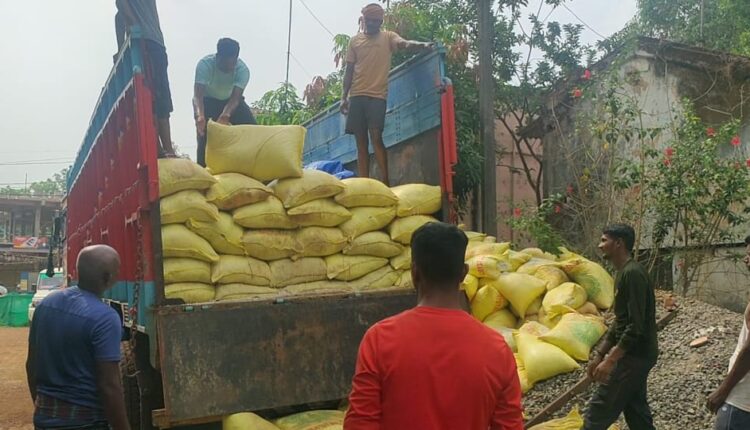 Koraput: The Koraput police today seized more than five tonnes of ganja in Machkund area and arrested three persons. One truck has also been seized.

Nandapur Sub Divisional Police Officer (SDPO) Sanjay Mohapatra informed that based on tip-off, a team of police personnel of the Machkund Police Station intercepted a truck bearing registeration no CG06GM 6812 near Tikaput village near Sagar chowk.

During search the police team recovered packets of ganja loaded in the truck. After being weighed, it was found out that 5,185.3 kg were being carried in the vehicle.

The police then apprehended Umesh Babu and Singh Pal from Uttar Pradesh and Sudarshan Lendru, defeated Sarpanch candidate from Tusuba GP Machkund for allegedly being involved in the contraband smuggling.

The SDPO further informed the trio were forwarded to the court today vide Machkund PS case no 57/22 under NDPS Act.

This is the highest ever individual seizure of ganja in Odisha, the police officer added.