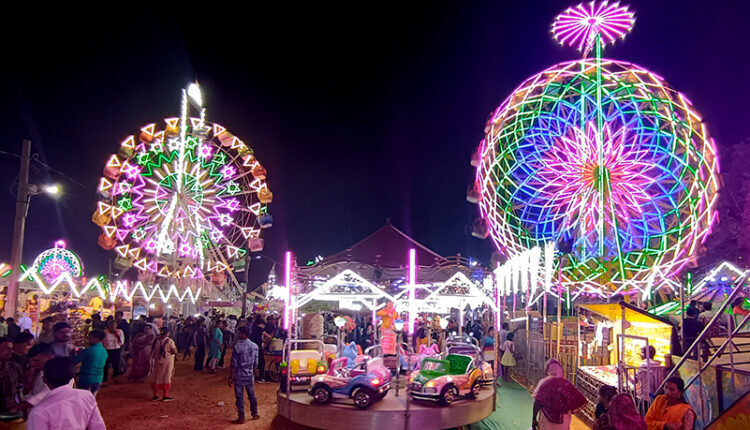 Cuttack: After being cancelled for the last two years, the annual Cuttack Bali Jatra had a overwhelming response this year with an estimated sales of over Rs 100 crore as the fair came to an end yesterday.

The 10-day-long event from November 8 to 17 witnessed a footfall of more than 50 lakh.

The Pallishree Mela, organised by Odisha Rural Development and Marketing Society (ORMAS), registered sales of over Rs 21 crore this year at the Bali Jatra. Around 470 stalls, including 30 food outlets, were set up by the ORMAS.

Governor Ganeshi Lal was the chief guest at the concluding ceremony of the fair, which was extended by a day by the state government on the request of the Cuttack Municipal Corporation (CMC).

The event also etched its name in the Guinness Book of World Records as over 2,100 students of 22 schools made more than 22,000 paper boats in 35 minutes at the Barabati Stadium near the venue.

For the very first time in Bali Jatra, a ‘Cuttack in Cuttack’ zone was created by the CMC, where miniatures of significant sites and structures of the millennium city were created by the civic body.