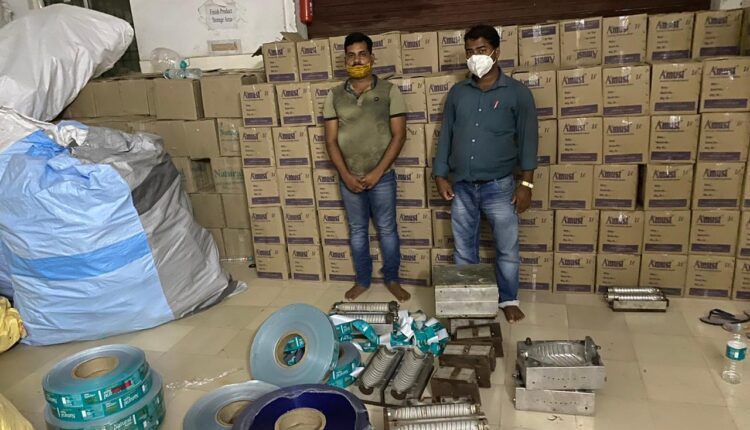 Bhubaneswar: Manufacturing the packaged drinking water even after the period of an agreement with Bisleri Company got over cost dearly to Laxmi Beverages located in Chandaka area in Bhubaneswar.

Based on a complaint filed by authorities of Bisleri Company regarding violation of agreement and duplication of articles, the Commissionerate Police raided a plant of Laxmi Beverages at Gramadih under Chandaka PS jurisdiction after registering a case.

During search it was ascertained that the proprietor of Laxmi Beverages namely Laxmikant Nayak was illegally manufacturing packaged drinking water in the name of Natural Aqua and Amust brand without any license and authority from the appropriate authority.

Though his agreement was terminated by Bisleri Company but Laxmikant was producing the packaged water by using moulds and similar labels like Bisleri Company.

In this connection Sarbeswar Das from Jaukhia in Puri and Harihar Sahoo of Nabaghanapur in Nayagarh were arrested. An official said the duo will be forwarded to the court.