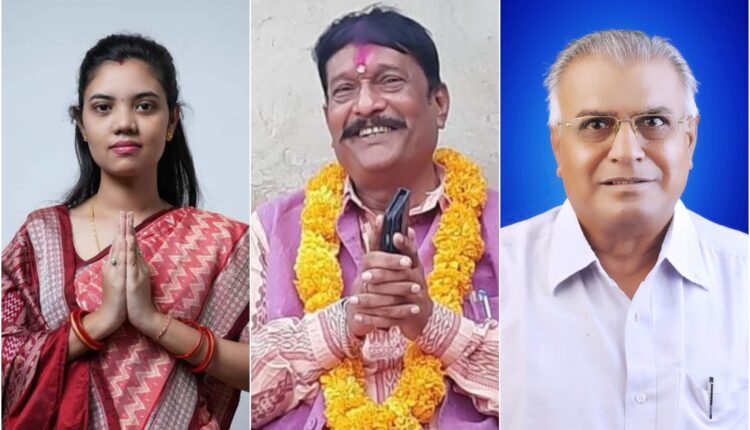 Accompanied by supporters and party leaders including Reeta Sahu, BJD nominee Barsha Singh Bariha filed her nomination papers at the office of Sub-Collector in Bargarh town this afternoon.

Pradip Purohit, nominated by the BJP, finally filed his nomination papers on the last day. Earlier on request of agitating farmers, he had returned without filing the nomination for the bypoll.

The bypoll is scheduled to be held on December 5 this year and today was the last date of filing the nomination papers.

As per the official notification, the scrutiny of the papers will be held on November 18. The last date of withdrawing candidature is November 21.

The bypoll to Padampur Assembly Constituency in Bargarh district was necessitated after the demise of BJD MLA Bijay Ranjan Singh Bariha at a private hospital in Bhubaneswar on October 2.

The bypoll seems to be significant for both the BJD and opposition parties BJP and Congress. While the ruling party fielded its late legislator’s daughter Barsha Singh Bariha, who is daughter-in-law of BJP leader Ramaranjan Baliarsingh, anticipating to retain the seat after the party’s debacle in recently announced Dhamnagar bypoll, the BJP nominated Pradip Purohit for a tough fight against the BJD.

It is wort mentioning that Pradip Purohit was elected from the seat in 2014 Assembly Elections. However, he lost to BJD’s Bijay Ranjan Singh Bariha in 2019 Assembly polls.

On the other hand, Congress candidate Satya Bhusan Sahu is a popular face in Padampur as the leader had represented the Assembly Constituency thrice earlier. He was elected to the Assembly from Padampur on Congress ticket in 1980, 1985 and 2004 Assembly Elections.

When is Amavasya in November 2022? Know Amavasya Date, Tithi Timing