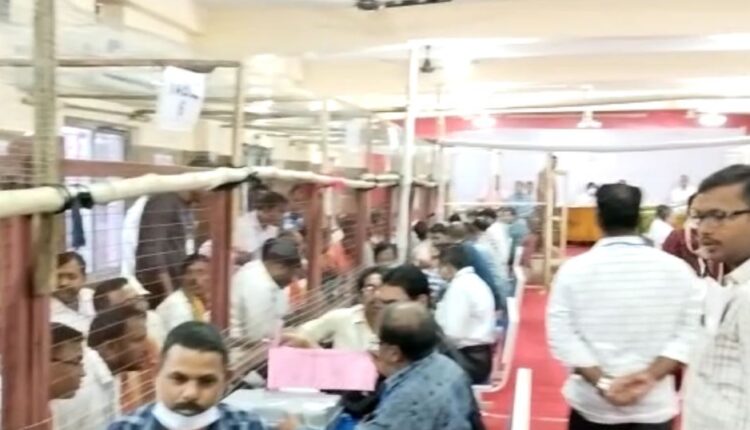 Bargarh: The result of the bypoll to the Padampur Assembly Constituency in Odisha’s Bargarh district will be declared today as the counting of votes have begun.

The counting began at 8 AM at the RMC Godown in Padampur.

Initially, postal ballots will be counted. Then, the EVMs from 319 booths of the Assembly constituency would be taken up for counting at altogether 14 tables. The counting process will be completed in 23 rounds.

Each table will have a counting supervisor, a counting assistant and a micro observer. Besides, a general observer appointed by the Election Commission of India (ECI) will be present at the counting centre to oversee the entire process.

After the completion of EVM counting, VVPAT slips of at least five booths selected randomly will be taken up for counting to cross check the EVM figures.

Round-wise results will be disseminated to public through the ECI portal: results.eci.gov.in.

Notably, a massive 81.2 per cent voter turnout was recorded for the bypoll on December 5. According to the ECI sources, 81.9 per cent men and 80.6 per cent women voters exercised their franchise for the bypoll. The constituency had witnessed 79.05 per cent polling in the 2019 Assembly elections in Odisha.

The by-election was necessitated due to the death of sitting MLA Bijaya Ranjan Singh Bariha on October 3. Bariha had been elected from Padampur Assembly segment on a BJD ticket in 2019.

while the BJP nominated former MLA Pradip Purohit for the by-election.

The Congress party picked its former legislator Satya Bhusan Sahu to contest the bypoll. Apart from the nominees of BJD, BJP and Congress, seven others are trying their luck in the by-election.

The ruling BJD and main Opposition BJP have left no stone unturned to win the bypoll and set the tone for the 2024 Assembly elections in Odisha.

The BJD, which had lost the Dhamnagar bypoll to BJP recently, had deputed several ministers, senior leaders and legislators to seek votes for its candidate in the bypoll. Chief Minister Naveen Patnaik also addressed three public meetings in support of the BJD candidate.

On the other hand, Union Ministers Dharmendra Pradhan, Ashwini Kumar Vaishnaw, Narendra Singh Tomar and Bishweswar Tudu campaigned for the BJP candidate in the high-stake bypoll.