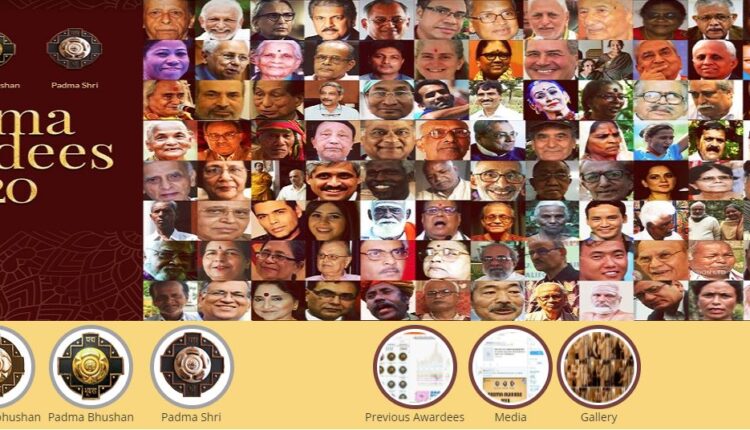 These awards are conferred by the President of India at ceremonial functions which are held at Rashtrapati Bhawan usually around March/ April every year. This year the President has approved conferment of 119 Padma Awards including 1 duo case (in a duo case, the Award is counted as one).

A total of 29 of the awardees are women. Also, 10 persons from the category of Foreigners/NRI/PIO/OCI, 16 Posthumous awardees and 1 transgender awardee in the award list.

Renowned sculptor Sudarshan Sahoo from Odisha will receive Padma Vibhushan for his distinguished work in the field of Art.